The next season 2018-2019 Squash officially begins on September 4, 2018. In this post you will find all the information and objectives of the sixth season as professional tipster of SquashPicks.

Before, let’s make a brief summary of the season that just ended (2017-2018). Where goals were set; +50 units and + 15% yield.
The season started somewhat crooked; During the first 4 tournaments the balance reached -16 units. 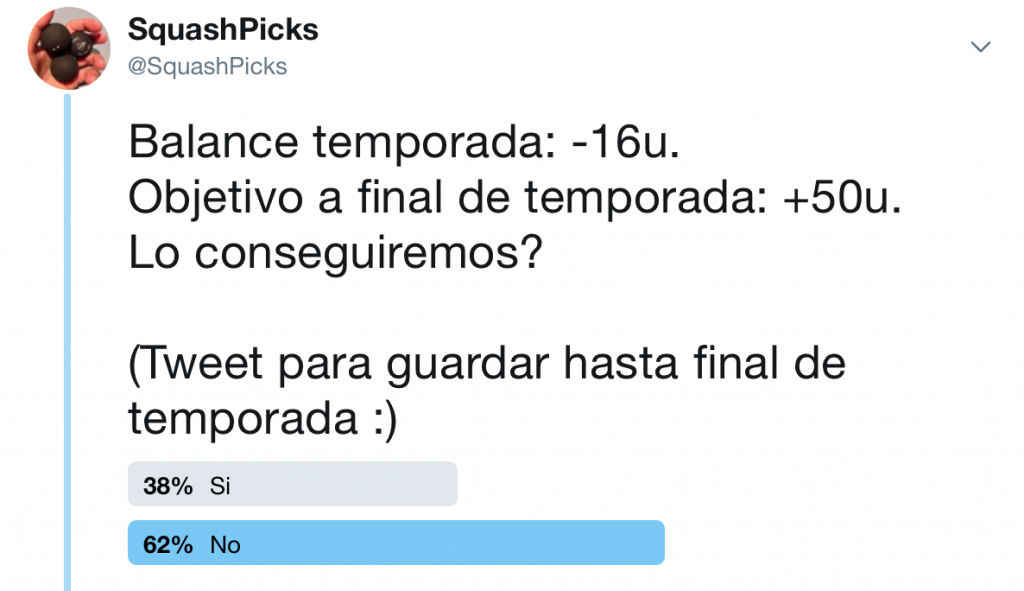 If we see the progression in number of picks during the 5 seasons completed, we clearly see an upward trend. We have gone from 109 forecasts made in the first season 2013-2014, to 242 made in the last season 2017-2018. This is due to the increase in the number of tournaments offered by the bookies year after year. GREAT NEWS! 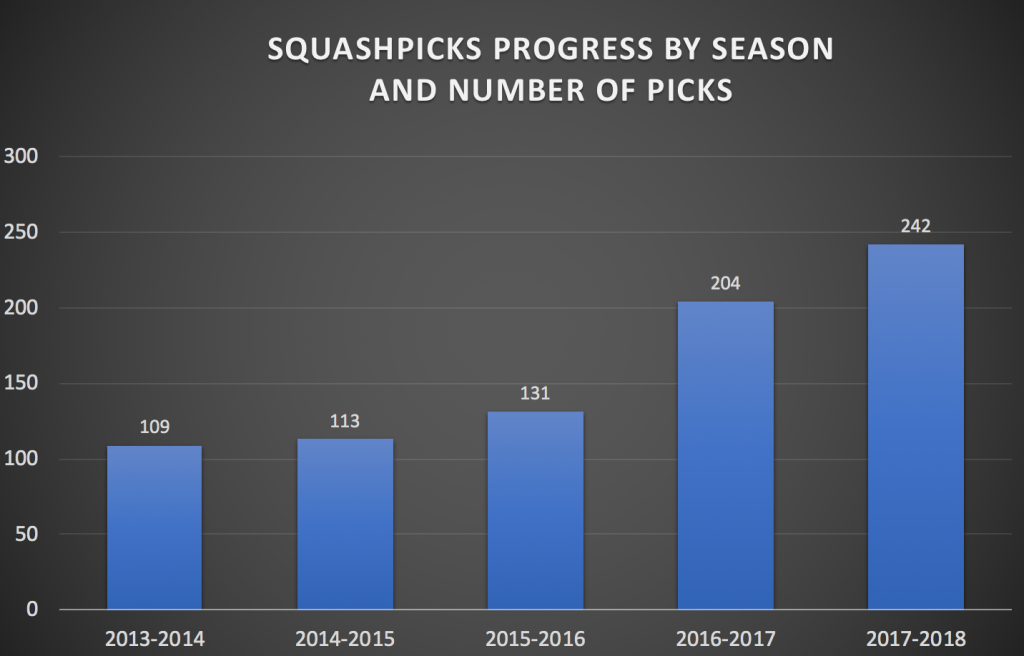 For the 2018-2019 season, we propose similar objectives. In fact, exactly the same as last season: +50 profit units and + 15% yield. However, we believe that we will have the opportunity to operate in more tournaments than in previous seasons and we will surely touch the 300 picks at the end of the season, with which we hope to exceed the target figures.

TYPES OF SUBSCRIPTION FOR THE NEW SEASON

The subscription is made through InBetsment in the following link: https://www.inbetsment.com/en/betting-expert/SquashPicks/2703

SquashPicks forecasts and notifications are received through the Inalerts app once the subscription has been made.

1% risk per stake unit is recommended.

To help prepare an adequate bank management for the service, write to: squashpicks@gmail.com

We would like to conclude this post by thanking again InBetsment, customers and followers for being another season there. Happy summer to everyone.

My name is Nil Munné. Graduated in Management at Pompeu Fabra University (UPF) of Barcelona. Master in financial Markets at BSM and Co Founder of Inbetly.